The metro station to be open at the Vnukovo Airport 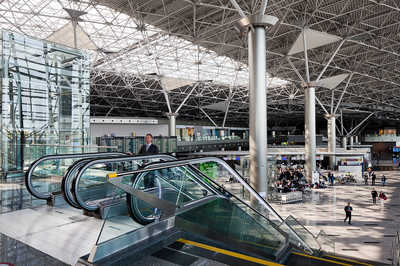 The new section of the Kalininsko-Solntsevkoi line of the Moscow metro will be stretched directly to the Airport. There have been several route plans for the future metro line, including the solution, where it would go directly to the nearby village. Though, it would require the reconstruction of the transportation hub and the Park area. Moreover, in this case, the project would have affected the Nature reserve area. For these reasons, the government had to reconsider the implementation of this project.

The solution of construction the metro line in parallel with the existing Aeroexpress line became apparent. The metro station will be directly in the airport complex. Thus, the construction works would not affect the wellbeing of the local residents.

The main works on the new section of the Kalinisko-Solntsevskoi metro line from the station "Rasskazovka" to the Vnukovo airport will be completed within three to four years.