Kamchatka to open the Visa-free travel for Chinese tourists 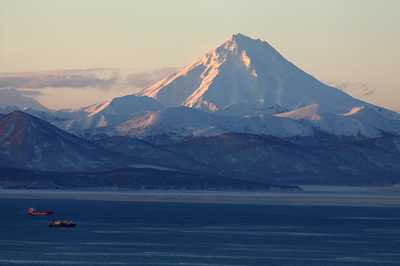 The Chinese government and the Federal Tourism Agency has agreed to organize a Visa-free travel to Kamchatka for Chinese tourists. The sides are confident that such an initiative will boost the tourism flow to the Kamchatka Peninsula.

According to the press-service of the region, the Agreement has been signed by the Governor Vladimir Ilyukhin and the Head of the Federal Tourism Agency (Rostourism) Oleg Safonov. The major aim of the signed agreement is the support and development of inbound tourism from China to Russia within the framework of the Russian-Chinese Visa-free tourism exchange.

Oleg Safonov has expressed his hopes that this will increase the amount of the Chinese tourists in the region, and would lead to the activation of the Kamchatka region products in the Asia Pacific region. Ilyukhin has highlighted that the government of the region can see the serious growth of the indexes in the tourism sector, which means also the growth of investment into the infrastructure.

The new Visa-free arrangement has been signed within the framework of the agreement on visa-free group travels between the Russian Federation and the People's Republic of China. According to this document, Russian and Chinese tourists are allowed to travel to each other’s country within organized travel groups without acquiring a visa and can stay within the country for the period that does not exceed 30 days.