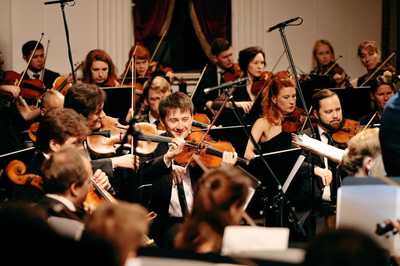 Starting from 20th of May till 30th of May in the Perm region will take place one of the most vibrant musical events of 2019 — the International Diaghilev Festival. The world's premieres of the ballet and opera performances, art exhibitions, the concerts of symphonic, chamber, organ and jazz music will cover 8 main stages of the city, among which are the Perm Opera and Ballet Theatre, the Perm Philharmonic Organ Concert Hall, Perm Academic Theatre, Perm State Art Gallery, the House of Diaghilev.

The opening will take place at the Soldatova Culture Palace with the Concert of the Festival Orchestra under the conduction of the artistic director and Maestro Theodore Currentzis. According to the established tradition, since 2011, at the concert will be performed the composition of Gustav Mahler.

On May 30, at the closing ceremony at the Perm Opera Theater, the Mahler Chamber Orchestra from Germany and the choir of music Aeterna will perform Johannes Brahms’s “German Requiem” by Theodore Currentzis’s interpretation. In the world, there are several festivals in honor of the creator of the "Russian Seasons" and "Russian Ballets" Sergei Diaghilev, but it is Perm that stands out especially from their background. The Diaghilev Festival has been held since 2003, and since then has gained a worldwide reputation.